Dehorning cows is supported by the European Union and European Council Directive. However, the directives are not similar in all countries.

Some administer anesthesia before the procedure, but some countries take this matter for granted. Because of this dilemma, several studies were conducted regarding dehorning dairy cows.

They worked with Recombinetics by applying molecular scissors or site-directed nucleases. This project seems amazing for the sake of preventing harm among cows and their caretakers.

However, it’s a controversy whether it’s safe to enter into the food supply for humans. Milk is not exempted for testing aside from meat.

Why do experts go to this measure of eliminating the horns? Is this completely acceptable? As mentioned, it’s still controversial and not acceptable to some people. To come up with your conclusion, learn more about this matter.

Do Female Dairy Cows Have Horns or Antlers?

Female dairy cows have horns, except those that are bred to be hornless. To confirm whether it should be called horns or antlers, look at the definition of each word.

Antlers usually grow on male species of the Cervidae family, which includes caribou and deer. They’re bony structures that are enveloped with skin and soft hair.

Antlers are so different from horns because the latter never branch out. Horns have bony cores and are surrounded by keratin. These parts are generally seen in female species, including cows. Therefore, female dairy cows have horns.

Why Do Dairy Cows Get Dehorned?

Dairy cows get dehorned to prevent them from harming each other as well as their caretakers. It can be done on calves that are just 7 days old and up to 6-weeks old.

What Is the Process of Dehorning Calves? | A Step by Step Guide

Besides hot iron, you may also opt for the caustic paste method. You can do it to calves that are just 3-day-old. There’s no bothersome odor during application. However, it has a potential risk of damaging the face and eyes. It can be avoided if the process is done correctly. If not, dehorning will still be required later on.

Step 1: Put the cow’s head in restraint by using a head restraint or halter. Clip the hair that surrounds the horn base to expose the horn buds.

Step 2: Put on some gloves before applying the paste. Refrain from applying it when a calf is wet to prevent the substance from running down other body parts. You have to be very particular as unintentional damage can occur.

Step 3: After application, cover the horns with vet wrap or duct tape so the paste won’t smear.

Step 4: Separate the calves in an hour and keep them away from rain for six hours. It’s important to isolate the calves from each other as the paste can accidentally transfer to the others.

What Is the Process of Dehorning Adult Cows?

Hot iron is utilized to prevent incomplete disbudding and affecting housing and weather. You can just smell burnt hair when doing the process. It requires intensive labor and meat withholding. Moreover, it’s suitable for calves that are 6 weeks old or older.

Here are the proper steps:

Step 1: The first step is similar to the other method, which is restraining the calf’s head.

Step 2: Preheating an electric calf dehorner or butane like Sondiko is one of the preparations. Be wary when handling these things because they create fire. 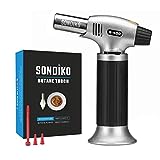 Step 3: To see things clearly, it’s best to clip the hair surrounding the horn’s base.

Step 4: The discomfort and acute pain felt by cows in this procedure are causes of the controversy. Luckily, it can be prevented by administering local anesthesia on both sides of the head, specifically a cornual nerve block type.

If you have no idea about the cornual nerve, it’s halfway located in the middle of the eye’s lateral aspect and horn’s base. In addition, it’s just under the ridge of the frontal bone.

Before administering anesthesia, feel the said ridge that’s between the horn and the eye. You have to be sure that you determine the said area where you’ll slide a 20 to 22 gauge.

Half of the needle should slide in the appropriate area so you can inject the 2% lidocaine under the skin. An additional pain reliever is needed for older cows. Injecting them with lidocaine prompts four days of meat withhold. Consulting a vet for the dosage is a must.

Apart from local anesthesia to reduce pain and inflammation, NSAID or non-steroidal anti-inflammatory drugs are also acceptable. Meloxicam and Flunixin are the best examples. Both of them need a prescription from a veterinarian.

Meloxicam is through oral intake for pain reduction, and meat withholding lasts up to 21 days. On the other hand, Flunixin is administered through IV. The period of meat withholding is also for four days. But it’s not allowed to be given to veal calves.

When dehorning a calf with a hot iron, the tool’s diameter should be similar to the horn’s base. So it’s easy to cauterize the skin that covers the horn bud. Use some pressure as you continue to rotate back and forth until ring forms turn into copper. It’s usually done in 5 to 20 seconds.

Don’t leave the tool for an extended time, especially when you do it on young ones. After the procedure, there’s a small chance of horn regrowth once the cauterized skin is movable to the touch or loose.

Is Dehorning Bad For Calves?

A study that focuses on the anesthesia and pain experienced by calves from dehorning was conducted. It was mentioned that there’s no adequate proof that local anesthesia and NSAIDs are enough to relieve the pain.

This is alarming, especially to those who don’t agree with the dehorning process.

Also, the effect of anesthesia and level of pain and sensitivity among cows in different age groups are yet to be discovered. So, it has not been confirmed yet whether the young calves are more sensitive to pain than the older ones.

The controversy is fueled by the possible pain felt by calves. This thing can’t only happen during dehorning but throughout the healing process. Hence, the said study compares it to the three types of pain experienced by humans who have burn lesions.

The first type of pain is procedural pain which humans described as stinging and burning. If this applies among dehorned calves, there’s a tactile stimulation on their horns. The pain disturbs them when they just lower their heads to drink. However, no studies have proven it yet.

The second is the background pain which is expressed by humans as lingering pain that can be mild or moderate. Though observation is still needed, it’s seen to affect calves when they try to lie down, self-groom, and feed themselves.

The third one is called breakthrough pain, which is linked to movement. It happens when the analgesics wear off. With these comparisons, the duration of pain felt by calves should be determined with further research and study. Regarding this concern, the NSAID that has the longest analgesic effect is Meloxicam which has a half-life of 24 hours.

What Are the Alternatives to Dehorning?

Being polled is an alternative to dehorning to avoid any painful experience for calves. It also removes the production expenses of dehorning. Polledness can be inherited by the children of homozygous polled bulls.

What Breed of Female Cows Have Horns?

Do Cows Have Feelings in Their Horns?

Cows have feelings in their horns. That’s why anesthesia is a must before dehorning. When the blood supply in the born bud is cut, pain arises while the affected cells become dead.

Due to the presence of keratin, the pain persists after the horns are removed. The pressure applied in dehorning causes nerve damage, which leads to inflammation.

Do Female Cows Have Little Horns?

Female cows have little horns, but it depends on the breed. The ones with little horns are Ayrshire, Jersey, and Holstein-Friesian. The females of Guernsey and Brown Swiss have long horns.

Do Female Longhorns Have Horns?

Female longhorns have horns. They particularly have long horns that are in different colors of white, gray, brown, and red. The shape is unique as it curves down like a frame on their faces. This feature gives them an aggressive or dangerous look, but Longhorns are docile.

Do Female Brahman Cattle Have Horns?

Some may have horns, but there are bloodlines of Brahman that are polled.

Depending on the breed, a female cow can have horns. However, these body parts are removed for the safety of everyone, both humans and animals. Horns are utilized by cows to defend or attack so dehorning is practiced by many farmers.

Therefore, polled cows are ideal to skip this process which is still a controversial matter. Further studies should be conducted to clarify such issues.